Laughter Among the Lepers

"A cheerful heart doeth good like a medicine." Prov 17:22

The road looked familiar. This is not an easy statement to make given there are virtually NO road signs except on the highway. I marvel each day at the ability of the pastors and lay workers to instruct the driver back into the remotest of village areas. But the turn off today remained in my cerebral directions since we were here at the Leper Colony in November.

I was actually surprised because Pastor Simon indicated yesterday it was a new place. We drove down the familiar road slicing through the community and out came the children running fast to keep up with our traveling road show.

When we were here before, we only stayed for a brief period of time, dropped off medical supplies and had little contact with the people or the children, most of whom were in school.

We stopped the van and made our way to the shade of a large tree. The children quickly assembled on the ground in front of us and continued to look at me with wonder. Again, they had never seen a white person before, and found my skin and hair quite comical to look at - especially when I would turn and make a ridiculous face at them.

Laughter among the lepers.

While most of the men stayed some distance away, the women and young girls were eager to join the children and watch the show.

They giggled at my silly gestures, they gawked at the changing magical coloring book, and when one of the boys came up to tell the story with me they grinned from ear to ear. They urged him on with all silliness and snickers on display. They were just children, sitting outside on a hot summer day enjoying a show -

And you would not notice it much from the look in their eyes, or the sounds in their voices this hot morning in May. But if you looked at their arms, their legs, their hands, you would see the sores that don't heal, the flesh eaten away by the disease that is eradicated in most parts of the world.

And you would quickly see it in the older women, as they took what was left of their hands to try and cover their heads from the growing heat of the summer with their scarves.

And there would be no way you could miss seeing the disease - victorious over its victim - as he hobbled on all that was left of his feet, covered with makeshift boots to steady his balance. Or as he held forth his hands and tried to accept the pencils we gave out, but failed to grasp it for all of his fingers had been claimed by what will eventually take his life as well.

They might have seen their first white person today - but until my visit here last November - I had never seen anyone like them either.

Leprosy was a disease I'd only read about in the Bible, heard of colonies in the colonial times, and generally did not think about the suffering, the stigma or the sight of what someone with leprosy would actually look like.

I could tell you so much more about what I saw. But I would rather you remember what I heard.

Laughter among the lepers!

"A cheerful heart has a continual feast." 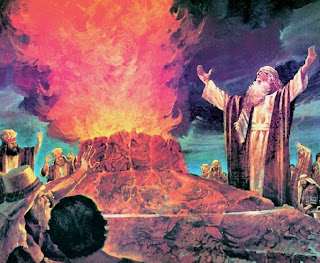 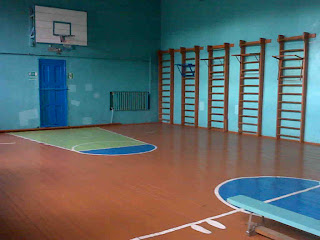