Working with a team new to mission and orphanage ministry has its own dynamic. There are a lot of “nerves” to work through, as well as the basic chaos of how to smoothly transition from one “station” to the next. What to down time – lots of little kinks that typically work themselves out in one way or another.

The children we were seeing at Semiluki were “true” orphans (no relatives they could visit over the holiday). We would be their “family”, we were there to provide them with comfort and hope for their future. It was a task not without its critics.

One team member’s interpreter wondered if we weren’t just giving the children a “false” hope. Happiness for one day, only to leave them longing and hoping for more. It was, and is, a valid question. Do these “visits” produce more pain than the short-term, short-lived pleasure and presents are worth?

The veterans and leaders expressed the “purpose” of our time with the children. A time to illustrate “God has a plan”: a plan to prosper and not to harm, a plan to give them a future and a hope.

Jesus was not an economist, a psychologist, a politician or a lawyer. He came as a human who entered in to the suffering of the humanity He is Lord and King over. He did not address the economic plight of the people by making them all millionaires. He did not analyze all their problems and issues and offer a ten steps to happiness program. His nation and people were in bondage to a foreign land, and yet He was no diplomat negotiating for their freedom. He did not seek the moral justice needed for His own, through the complicated religious system that had developed over centuries of misinterpretation of the heart of the Law the Father had put in place.

What He did do, was to walk, talk, eat, sleep and teach among the people. He touched and His touch healed. He taught, and His lessons changed hearts, lives and eventually, the world. He “dwelt” among them. He didn’t strategize, He simplified.

He isn’t asking any more of us today, here with these children. R added and reminded us the “operative” phrase in the well-know, oft-quoted verse in James 1:

“pure religion undefiled is this, to VISIT the widow and orphan “in” their distress”

The verse does not say fix their circumstance, share the gospel, bring money, rescue or adopt them – it merely says VISIT.

VISIT: to go to and stay with (a person or family) or at (a place) for a short time for reasons of sociability, politeness, business, curiosity, etc.

While it is said 90% of mission work is “showing up”, perhaps the other 10% is to keep in mind the “strategy” is in the simplicity of the VISIT. 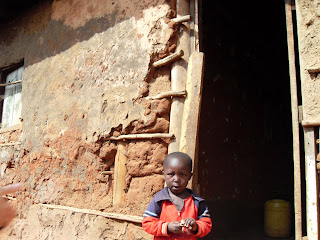